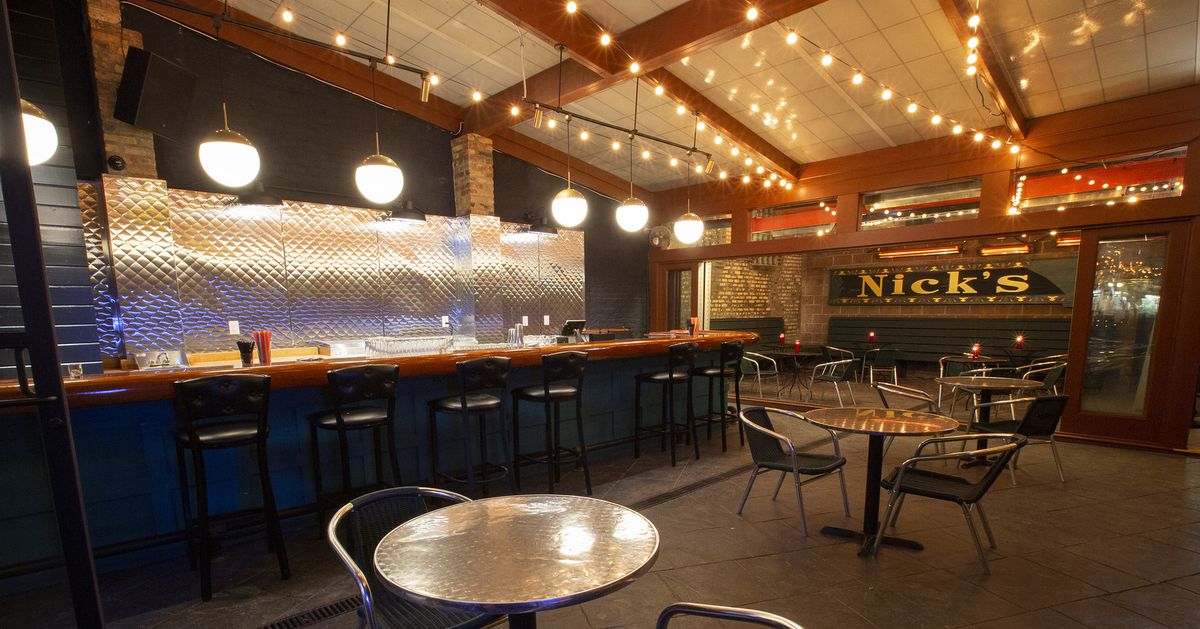 For many, today — May 14 — represents a historic day for Chicago and the rest of the country. The city and state say they will follow new guidance from the Centers for Disease Control and Prevention advising that masks are no longer needed for those fully vaccinated for COVID-19. In addition, the city has loosened a variety of restrictions under its “vaccine exemption” policy. For example, Chicagoans can look forward to the return of late-night bars tonight, which can stay open until 4 a.m. for the first time since the pandemic began.

Other than saying they’ll follow the CDC’s lead, Gov. J.B. Pritzker and Mayor Lori Lightfoot have yet to disclose specifics on how they will loosen mask restrictions. The CDC has made clear exceptions, most notably for health care facilities and public transportation.

Regardless of the CDC’s guidance, restaurant and bar owners have the right to set their own house rules to ensure the comfort of their customers and employees. Not everyone is vaccinated, including young children; and while vaccination decreases the risk of transmission and severe illness, those with pre-existing conditions remain vulnerable to the disease.

For restaurants in Illinois, masks have been familiar sights since March 16, 2020 when Prtizker shutdown indoor dining and required facial coverings for customers entering restaurants picking up their food and restaurant workers. The state restored patio dining in early June 2020 and diners were required to keep their mask on if they stood up, or even while a worker approached them while seated. The latter wasn’t uniformly enforced, with servers and diners awkwardly attempting to respect each other. Some diners, feeling entitled to a relaxing night out, altogether ignored the seated mask mandate. Indoor dining resumed in late June 2020 before the suspended it from October through January.

Illinois and Kentucky are two states that will immediately follow the CDC’s revised guidelines. Others will follow. Before the CDC’s announcement, Illinois had already set the stage for Friday to be the first day of the state’s bridge phase, an interim period preparing residents for a full reopening of its economy. Pritzker is targeting mid-June for the end of this bridge phase, bringing the state to Phase 5, the final stage of the Restore Illinois COVID-19 recovery plan. Mayor Lori Lightfoot predicts Chicago will follow in July.

The bridge phase won’t trigger a switch so conditions instantaneously revert to a pre-pandemic world. For example, Bruce Finkelman, co-founder of 16” on Center, the company behind Revival Food Hall in the Loop, Thalia Hall in Pilsen, and Empty Bottle in Ukrainian Village, worries about the mental state of his customers. He tells Eater that he predicts a training wheel phase of sorts for customers who haven’t properly socialized with friends and others in more than a year.

That caution extends to workers. The state reports that 10.18 million doses of vaccines have been administered including 2.19 million doses in Chicago. The city continues to address concerns regarding vaccine inequality, trying to ensure vulnerable populations have access to inoculations. Many members of these groups are a substantial part of the service industry workforce, and that should give pause to those who feel masks no longer have uses.

Vaccination clinics have been popping up around town as a safety net. For example, Ty Fujimura, owner of lauded sushi restaurant Arami, hosted a clinic over Mother’s Day weekend aimed at residents in Logan Square and Avondale.

There are plenty of questions from Thursday’s announcement. Allow Eater Chicago to help explain what this means to Chicago’s dining scene.

A bridge phase is a set of rules designed to ease individuals and businesses out of Restore Illinois’ Phase 4’s more restrictive pandemic regulations without removing guidelines entirely. For restaurants and bars, this in-between stage means an increase to 75 percent capacity with at least six feet of space between tables, according to city guidelines.

Both indoor and outdoor parties seated at tables can include up to 10 diners; parties at bars and counters can include a maximum of six people. Establishments can allow standing customers for the first time with capacity limits at 25 percent.

As of Friday, however, fully vaccinated diners won’t count toward these capacity caps, according to Mayor Lori Lightfoot. Restaurants and bars are also allowed to seat parties larger than 10 if all patrons are fully vaccinated. This change brings the city in line with state policy.

What does this mean for mask use?

The CDC announced people who are fully vaccinated don’t need to wear masks either indoors or outdoors, except in specific settings like healthcare facilities and public transport.

Neither Pritzker nor Lightfoot have yet released new mask guidelines, though revisions to state and city rules are likely to be released soon. A Pritzker spokesperson told the Tribune that the governor plans to revise Illinois’ mask mandate to align with the CDC’s new recommendation. As of Friday morning, none of the city or state’s public health departments have issued guidance for the hospitality industry in regard to changing mask requirements.

Social events like weddings and community events are also seeing rules relax: they can allow up to 250 people indoors, and up to 500 outside. Ticketed and seated spectator events such as sports, theater, and concerts are capped at 60 percent capacity regardless of the venue’s size.

How does this affect bars?

The city is also allowing bars with late-night licenses stay open until 4 a.m., but there’s a catch: The taverns can only allow fully vaccinated customers. Verification has caused much worry within the industry. The city is still requiring bars with indoor service to serve food or provide menus (or QR codes) for nearby restaurants that are open for delivery during bar hours.

So how will restaurants know who’s vaccinated?

Officials suggest they check a vaccination card, a photo or photocopy of that card, or some other printed or digital document that includes proof of vaccine records and the patron’s name. All licensed business are responsible for verifying vaccinations.

Illinois Restaurant Association President & CEO Sam Toia says the organization is working on getting info to the industry. He tells Eater Chicago that Cook County and the city of Chicago should release guidance later on Friday.

While the governor says he supports Vaccine Passports, something New York is considering, Pritzker hasn’t pushed for a requirement in Illinois. Chicago has announced something similar, called a “Vax Pass” which will be a requisite for staff and attendees at summer events, like and Windy City Smokeout and Lollapalooza, the latter which is returning this summer to Grant Park. The details haven’t yet been released. The technology is already being used at venues like NHL and NBA stadiums.

Don’t buy into the myths about medical information privacy violations: a customer disclosing if they’ve been vaccinated to a restaurant worker does not constitute a violation of federal patient privacy laws. The Health Insurance Portability and Accountability Act (HIPAA) — which includes a provision regarding patient privacy — does not apply to people outside the healthcare sphere. It’s one thing if a nurse or health care provider makes an Instagram post showing a patient’s vaccination record — that constitutes a violation. But a bouncer or host requesting proof doesn’t qualify. The University of Michigan Medical Center spoke with the director of the school’s history of medicine, Dr. Howard Markel, about the topic.

“They don’t take your freedom away,” Markel said of requests to see proof of vaccinations. “In fact, they increase your freedom because they allow you to travel where you want to go and do what you want to do. It’s a non-issue and those who say otherwise are making controversy where none should exist.”