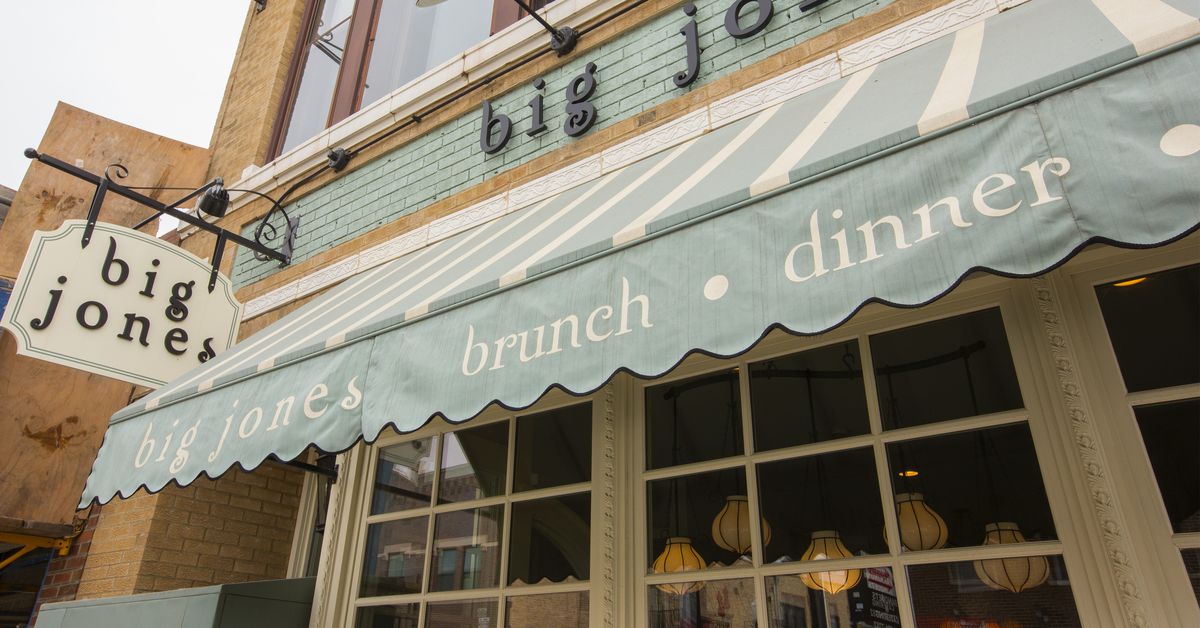 The owner of a nationally recognized restaurant in Andersonville is balking at the insistence from lobbyists to expand indoor dining. Paul Fehribach, chef and co-owner of acclaimed Southern restaurant Big Jones, is frustrated with the disparity in progress between indoor dining and vaccinations for restaurant workers. He reopened his restaurant last weekend at 25 percent capacity. Nineteen people is the number Big Jones’ workers felt comfortable serving inside the 76-seat indoor dining room.

“For me it was a very easy decision to say no, we’re not opening up more capacity,” Fehribach tells Eater Chicago. “I just felt really wronged by the city when they would say on the one hand, ‘Go ahead and increase the risk to your employees,’ but on the other hand ‘We’re not going to give you something that can help mitigate that.’”

Earlier this week, Mayor Lori Lightfoot announced that restaurants could now serve at a 50 percent maximum capacity — a 10 percent leap from two weeks ago when the city moved to 40 percent. Big Jones, one of the city’s most revered restaurants, is operating at 25 percent capacity, a number granted to Chicago restaurants in January when Illinois restored indoor dining for the first time since October 29. Capacities have gradually increased since then.

Regardless of those percentages, the city still maintains a limit of 50 people per room. These expansions has excited some restaurateurs, eager to get butts back in seats and return to a semblance of normalcy. Others, however, worry with restaurant workers facing an increased exposure to the public while waiting to be prioritized for COVID-19 vaccines.

One of the biggest challenges, Fehribach says, is monitoring diners’ compliance with masking rules. The vast majority of his patrons are cooperative and want to help protect workers but sometimes need to be reminded to put on their masks when they’re not actively eating and drinking. Staff can manage to keep an eye on 19 indoor customers, or 25 percent, but a leap to 38 diners, or 50 percent, is too much for the skeleton crew.

In Fehribach’s view, the chasm between the wants and needs of restaurant employees versus owners is a typical scenario. Workers lack representation and are “forgotten and disregarded relentlessly,” he says, while lobbying groups like the Illinois Restaurant Association push officials to allow more indoor seating. The association has recently been in contact with staff from Lightfoot and Gov. J.B. Pritzker’s offices to allow industry workers to be vaccinated earlier than the projected start date of March 29.

Access to vaccinations and expanded indoor dining “should go together,” Fehribach says” “It’s not a good look for the city to disregard the safety of restaurant workers in this way.”

While other parts of Illinois have expanded vaccination access to those with certain preexisting conditions, Chicago officials have yet to make inoculations widely available. The city just opened a mass vaccination site, using the parking lots at the United Center. They hope to soon give people in the Phase 1B+ cohort and say they’ll offer leftover shots from missed appointments to that group.

— Just over a year after opening indie fast food spot Urban Grill Chicago in Uptown, owners and spouses Brittany and Marcus Ward are struggling to keep their dream restaurant viable in the midst of a pandemic nightmare. The pair describe the many harms COVID-19 has inflicted on their business and how they’ve persevered to the Sun-Times.

— Detroit-based Atwater Brewery is expanding into the Chicago market with beers slated to hit retail shelves next week, according to Crain’s. Acquired last year by Molson Coors’ U.S. craft division, Atwater is the city’s largest craft brewery. Popular offerings include Dirty Blonde Ale and Whango Mango Wheat, as well as a line of spiked seltzer.