Buona Goes Through 2,000 Pounds of Vegan Italian Beef on First Day of Sales 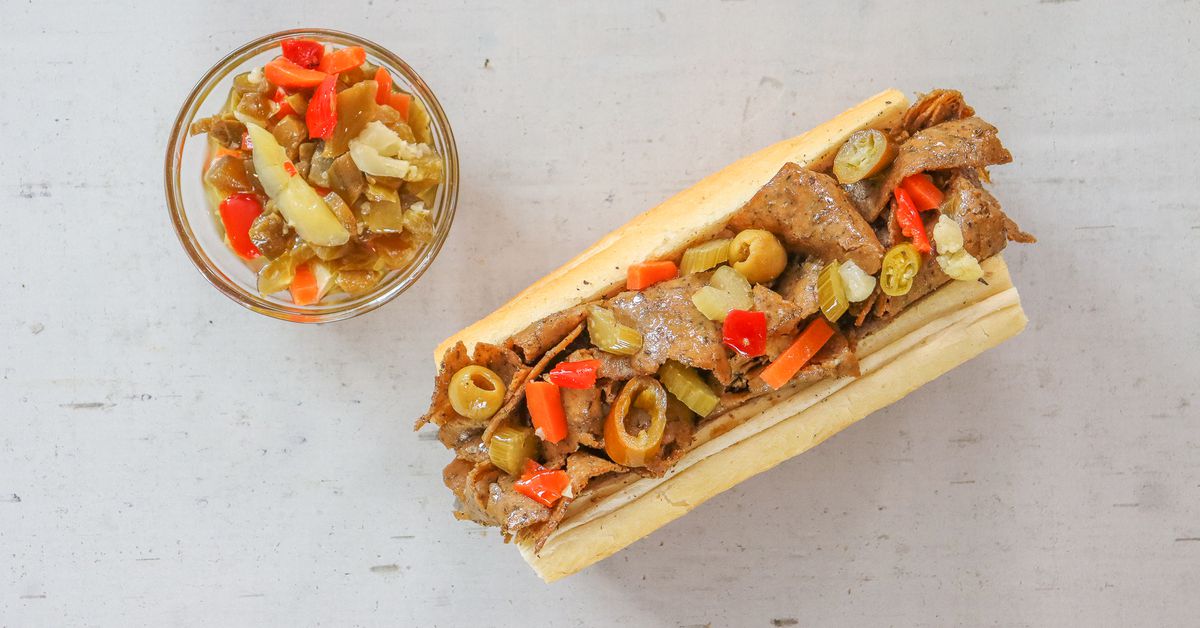 For many of Chicago’s vegetarians and vegans, one of the first things they miss are Italian beefs, the city’s unofficial sandwich made with thinly sliced meat that’s seasoned and braised, and stuffed inside a French loaf. Hot or sweet peppers round out the package. Buona Beef, the 40-year-old restaurant chain, has added a meatless version of the icon to its menu and over the last week many Chicago-area locations are reporting the item has sold out.

“Five years ago, I never could have imagined it,” says Joe Buonavolanto Jr., one of the Buona founders’ five sons — all of whom work for the family business. “Now it’s becoming such a trendy thing, people incorporating plant-based food into their diets… We’re very proud that it’s on our menu and hope we can keep it in stock.”

The meat-less sandwich has sent Chicago social media, particularly those in the vegan and vegetarian community, aflutter. Posting hot takes and selfies with the sandwich have become badges of honor.

Buona’s isn’t the first to try a meat-less version of the sandwich. Its “beef” is made with thinly sliced strips of browned and seasoned seitan. If customers want their sandwiches dipped, there’s a meat-free option with vegetable-based gravy. The item isn’t yet a permanent menu addition. However, Chicagoans went through 2,000 pounds of seitan on the first day of sales on Monday, April 26 so that’s a positive indicator of future permanence.

The new item was created in partnership with vegan food company Upton’s Naturals, the West Town brand that distributes items nationally. Upton’s didn’t just help create the product — it taught Buona leadership about the importance of preventing cross-contamination with animal products their kitchens, Buonavolanto says. If the Italian Beefless is as successful as he hopes, the company is open to integrating meat alternatives into other dishes like protein bowls, salads, and pastas.

“As advanced as meat alternatives have gotten over the years, there’s just something about Chicago-style Italian beef sandwiches that seemed impossible to recreate,” Upton’s marketing manager Natalie Slater writes to Eater in a statement. “That chewy beef, well-seasoned broth, and of course the gravy — they all felt out of reach with plant-based ingredients. We’re incredibly proud to have partnered with Buona to finally do justice to one of Chicago’s most quintessential foods.”

Would you eat a meatless corned beef? Asking for a friend.

Unfortunately for Kass (and Chicago; this will provide predictable column fodder) there may be even more vegan replicas of iconic Chicago dishes on the way: “Would you eat a meatless corned beef?” deli stalwart Manny’s queried on Thursday via Twitter. “Asking for a friend.”

Buona’s vegan version has drawn largely positive reviews on social media, though Trib reporter Louisa Chu found it a bit too salty, but that concern extended to Buona’s normal offering.

— Street dining is slated to return on Saturday to Schubert Avenue in Lincoln Park, and on Friday, May 14 to Broadway and Sheffield in Lakeview, according to their respective chambers of commerce. Expanded patio programs were a lifeline last year for struggling restaurants, and turned out to be so popular that both the city and its tourism arm Choose Chicago created two grant programs to help owners cover costs like furniture, plastic safety barriers, and decor.

— The family behind El Sabor la Michoacanita, a Mexican ice cream shop in Jefferson Park, is bouncing back after surviving pandemic challenges and being robbed at gunpoint. Shaken by the robbery and distressed over slow sales, owners and spouses Ana Romero and Jorge Gonzales thought about closing the shop, but support and encouragement from the community and neighboring business owners persuaded them to keep keep selling their sweet delights. Read more at Block Club Chicago.