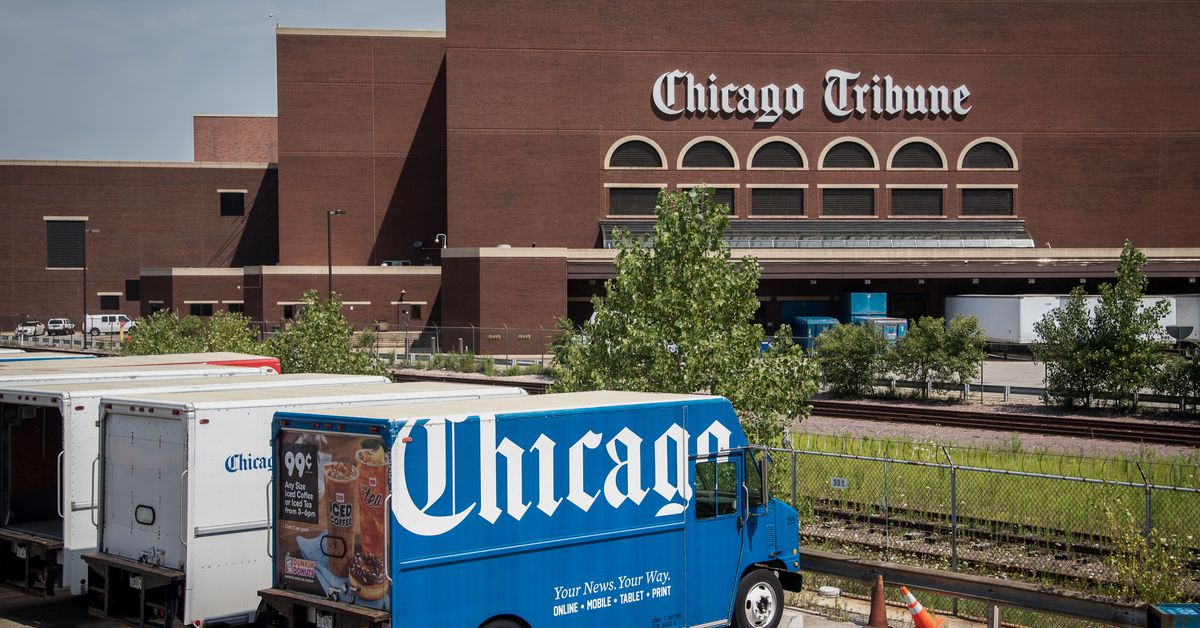 In January, the sky was falling: Chicago, the home of the James Beard Awards and the third-largest American city — where 24 Michelin-starred restaurants reside — was devoid of a full-time restaurant critic as Phil Vettel retired. Eager to plunge a dagger into the Midwest’s largest city, outside observers wondered aloud how this reflected upon Chicago’s dining scene.

Vettel held the post as chief critic for Chicago’s largest newspaper for 31 years. Now, five months after the Tribune’s dining critic’s exit, the newspaper has filled the position. The Trib on Friday named Louisa Chu and Nick Kindelsperger as co-critics.

Though their experiences varied before reaching the Trib, Chu and Kindelsperger joined the paper at the same time in 2016 and have covered the restaurant scene in various ways. They’d offer the occasional short review, but for the most part the world of restaurant criticism belonged to Vettel. Now they’ll get their time to shine. Sharing duties is something long-time Chicago food writer Michael Gebert (Fooditor) suggested, a way to not only increase the number of restaurants that receive exposure, but to also allow more diversity rather than to rely on a singular voice.

Though coverage of current events continues, the Tribune is embroiled in internal turmoil with a shareholders vote approaching next week over the sale of the paper to Alden Global Capital. Alden, an investment firm, has cut expenses at its other newspapers. Many times cultural criticism, including restaurant reviews, is one of the first casualties of newspaper budget cuts. A vote is scheduled for Friday, May 21 and the paper’s journalists are desperate for a deep-pocketed investor to derail the deal with Alden. A few lawsuits have been filed to block the sale.

But ahead of those results, the Tribune has elected to make a move. Some worried if the paper would bother. On the TV side, ABC 7 Chicago hasn’t filled Hungry Hound Steve Dolinsky’s vacancy as the longtime personality has moved to consulting and posting content on YouTube. The paper signaled filling Vettel’s job was a priority, but with the pandemic and the chaos tied to Alden, nothing was a certainty. After all, some believe that avenues like TikTok influencers — who are often influenced themselves by the lure of free meals by restaurants — are natural replacements for traditional criticism.

Papers across the country have redefined a critic’s job, with writers like the New York Times’ Tejal Rao and the San Francisco Chronicle’s Soleil Ho (like Chu, both women of color) writing about more than the food on their plate, tackling cultural and social justice issues within the industry. That’s something the Tribune, with a few exceptions, has avoided in years’ past. But now Chu and Kindelsperger have a chance to write their own scripts.

— Chicago Style, the women-led bar industry conference that was announced in 2018 with much fanfare via the New York Times, is done. Video content of past conferences will be available online, but organizers announced via a newsletter that they’ve decided to “sunset” their efforts after concerns emerged about how “as individuals and as an organization — have faced conflict and caused harm in the past.” The conference was founded by Lost Lake co-owner Shelby Allison, marketer Sharon Bronstein, and bartender Caitlin Laman.

— Byron’s Hot Dogs in Irving Park is involved in an unusual promotion with hockey legend Wayne Gretzky and MasterClass. “The Great One” is launching a new class teaching the athlete’s mindset, hoping to coach up viewers and show them the mental techniques he used to taste success on the rink. Apparently, that also involves hot dogs, which were a pregame ritual. MasterClass is partnering with Byron’s in Chicago, Pink’s in LA, and Gray’s Papaya in N.Y. in offering a 99-cent “Victory Dog” dragged through the garden. There are also trading cards to complete the package.

— Illinois Craft Beer Week returns Friday, albeit in virtual form, after the beer industry celebration that usually features hundreds of small festivals and gatherings was canceled last year due to the pandemic. In lieu of in-person events, the Illinois Craft Brewers Guild is launching a “week of action” from May 14 to 21 with initiatives to support the industry, encourage vaccinations, and lobby for permanent craft beer delivery in Illinois. More details are available on the guild’s website.

— Block Club Chicago takes a look at the consequences of gentrification for houseless Chicagoans through the case of Mississippi, a 43-year-old man who has lived for two years in the parking lot of the Gerber Building at 4620 N. Broadway, and the Uptown Farmers Market. The market’s co-op board this spring tried to evict Mississippi to make way for a long-planned co-op store inside the building, sparking backlash from community members.

— The historic Walnut Room inside Macy’s on State Street has added a second drag brunch date to the calendar after tickets for its Pride event next month — the first drag performance in its 114-year history — sold out less than an hour after it was announced, according to a rep. The supplementary extravaganza is slated for Saturday, July 24 and tickets will become available online at 10 a.m. Wednesday, May 19. Menus and more details are available on the restaurant’s website.

— Meeting House Tavern, the LGBTQ pub with games, karaoke, and more in Andersonville, will reopen for the first time on Thursday, July 1, according to a news release. The spot is from 2 Bears Tavern Group, which also operates the SoFo Tap in Uptown and Jackhammer in Rogers Park. Operators plan to stagger reopening those venues over the following four to five weeks.

— The wine world’s famous Terlato family and Southern Glazer’s Wine & Spirits will on Tuesday, May 25 contribute $40,000 to the Illinois Restaurant Association’s Restaurant Employee Relief Fund, according to a rep. The fund, which debuted last October, is a statewide program that awards $500 grants for restaurant workers impacted by COVID-19.