Chicago’s Restaurants and Bars Fully Reopen Friday, But Are There Enough Workers? 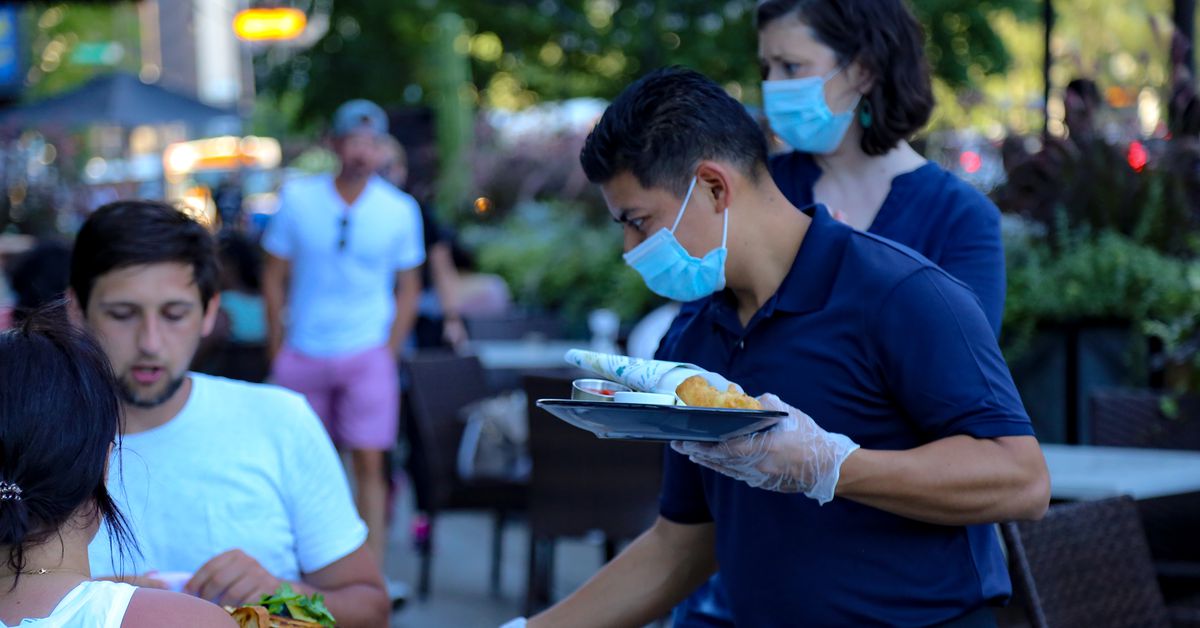 Chicago restaurants and bars are on target to fully reopen this week after more than a year spent navigating pandemic restrictions. On Friday, June 11, the city should move into Phase 5 — the final phase of the Restore Illinois recovery plan — and allow establishments to resume normal operations without capacity limits and social distancing policies. The same shift will take place on Friday across the state.

The transition is one that Chicagoans have long imagined, but concerns over labor shortages put a damper on the proceedings. There are plenty of new job listings promising signing and referral bonuses, concerns over health, safety, and stability have proven thus far to be more powerful than owners’ efforts to lure workers back.

Still, many ex-hospitality workers in Chicago and across the country are choosing to leave the industry permanently after enduring a physically and psychologically devastating global pandemic. Some operators have characterized this exodus as a consequence of higher unemployment benefits, alleging that “no one wants to work.” Workers respond saying that strenuous physical work, extreme hours, low pay, and aggressive customers have taken a severe toll.

Lager policy issues are also at play, including how restrictive immigration rules have impacted the workforce. Michael Roper, owner of respected pub Hopleaf in Andersonville, channeled Hamilton in describing immigrants as the backbone of the workforce. Roper tells the Tribune, that a “rational immigration policy” in the U.S. would be the most effective remedy for labor shortages. Restrictions have disseminated the infrastructure that supplied restaurants with workers, Roper says, as prior to the pandemic, groups of immigrants would come from farms to Chicago to work. Without those groups, few are stepping up to fill those roles; college grads aren’t exactly rushing to pick up a dishwashing job, Roper says.

That’s not the story across the industry. A former worker at Yugen, the pricey Michelin-starred restaurant that abruptly closed last month in West Loop, tells Eater Chicago that he feels his experience in fine dining insulates him from much of the current labor anxieties. He says that he has no worry that he’ll quickly find employment.

Yugen is closed as its owners prepare to open a new restaurant in the space. Chains don’t have that luxury. A Noble Square location of Checkers, the fast food restaurant, closed last week. It’s not like the chain can morph the space into something else. A taxing cycle of understaffing has also taken root at cafes like Colectivo, the Wisconsin-based chain at the center of a bitter conflict over unionization. Workers tell Eater Chicago that a revolving door of management — including the departure of five general managers in under a year at the Logan Square coffeeshop — has pushed many tenured employees to seek jobs elsewhere.

Chefs are seeing more interest in jobs in recent weeks for applicants, and that’s allowed them to serve more diners. However, customers shouldn’t expect an immediate return to pre-pandemic normalcy. Labor shortages mean wait times are longer, menus are shorter, and patience remains a virtue.

— The Chi-Town Soul trolley tour series, a new tour designed to highlight Black-owned restaurants and historical sites on Chicago’s West Side, kicked off Saturday in the Austin neighborhood, according to Block Club Chicago. Visitors can check out spots like Schweet Cheesecake, Two Sisters Catering, and Epiphany Center for the Arts on the Near West Side (once a meeting spot for Chicago’s Black Panther Party and famed leader Fred Hampton). Upcoming tours are slated for July 17 and August 21. Tickets and more details are available via Eventbrite.

— James Beard Award-winning chef Sarah Grueneberg (Monteverde) has teamed up with Shake Shack on a new limited-edition menu item: the Monteverde Chicken Parm, featuring spicy tomato sauce, buffalo mozzarella, and giardiniera from iconic deli J.P. Graziano’s, according to a rep. It’ll be available for one day only on Thursday, June 17 at River North’s Shake Shack at 66 E. Ohio Street and the company’s smartphone app. Grueneberg and the company will donate proceeds to Chicago-based food service training nonprofit Inspiration Kitchens.

— Top Chef champion and South Side native Joe Flamm, who recently opened his first restaurant Rose Mary, will appear on “From Our Table to Yours,” a new video cooking series from retailer Bed, Bath & Beyond. The show aims to highlight recipes that represent the chef’s hometown, so Flamm is slated to show viewers how to make rigatoni piselli and charred and roasted beet salad.

— Parson’s Chicken & Fish on Wednesday will open yet another location on the corner of Clark Street and Edgewater Avenue in Andersonville, according to a rep from Land & Sea Dept. The space was previously home to Stone Fox, an ambitious neighborhood spot that closed in 2019 after 10 months. Additional Parson’s are open in Logan Square, Lincoln Park, West Town, and in Nashville.

— Lauded chef Jonathan Waxman’s (Barbuto, Jams) takeover of newish Mediterranean outpost Avec River North, slated for June 23, sold out on Friday in less than 24 hours, according to a rep. One of the most prominent names in hospitality in the U.S., Waxman will feature Barbuto hits including JW roast chicken with salsa verde and tout his new publication, the Barbuto Cookbook.