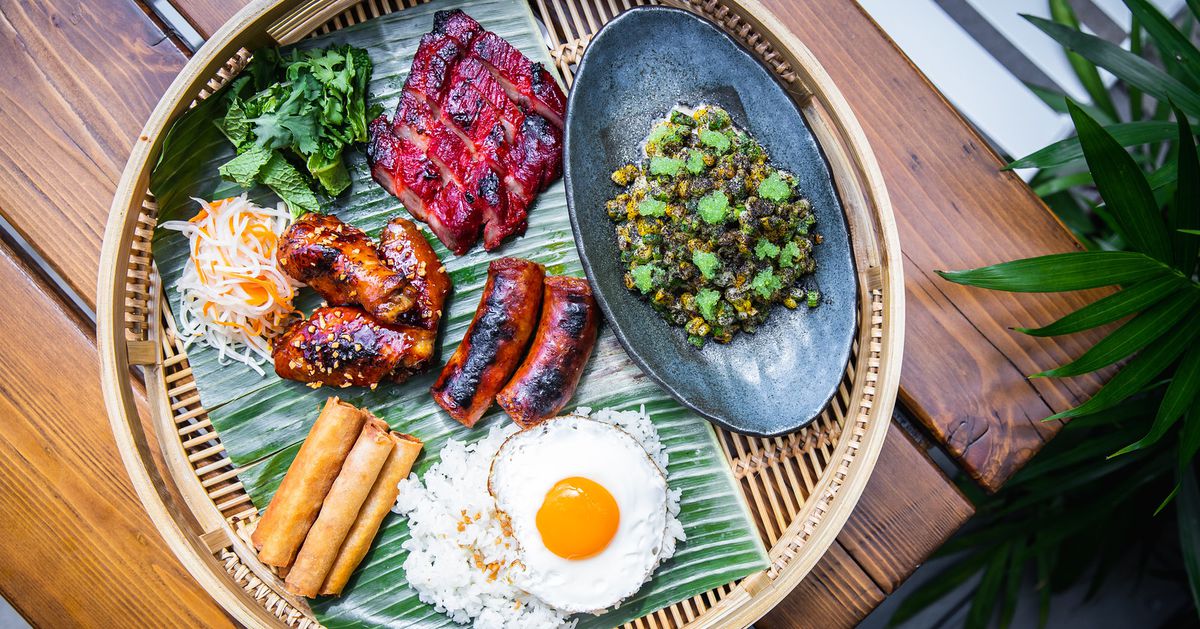 After halting ratings during a pandemic-riddled year, Michelin has released its latest Chicago Bib Gourmands, revealing a list of 58 restaurants, including 10 new ones. The criteria for the list is value driven — inspectors say customers could spend around $40 for two courses, plus a glass of wine or dessert. The tire company will release the more fine-dining focused Michelin star list on Thursday for Chicago.

Also of note is the addition is the list’s only restaurant owned by a Black woman: Bridgette Flagg’s Soulé has made a name for itself since 2017 with modern soul food in West Town. Meanwhile, the owners of Au Cheval made the list after reinventing their floundering River North sushi spot with Italian-American restaurant Ciccio Mio. In Fulton Market, Joe’s Imports showed wine bars don’t have to be in be generic in Fulton Market. And finally, for Chicagoans who who want a break from tavern-style and deep-dish pizza, Michelin named Uptown’s Munno Pizzeria Bistro to the list. Of Munno, inspectors wrote: “The Neapolitan-inspired pizza may not be made in the traditional wood-burning oven, but those electric deck ovens still manage to turn out deliciously puffy and lightly charred crusts.”

Michelin’s last announced Chicago Bib Gourmands in September 2019 when its list included 54 restaurants. It was considered a shake up with 14 additions and 18 removals. Four restaurants from that list have closed (Fat Rice, Pacific Standard Time, Passerotto. Two). The owners from Pizzeria Bebu in Lincoln Park hasn’t made an announcement about its future, though the restaurant has remained closed since spring 2020. Michelin kept the pizzeria on the list, consistent with its pandemic-shaped philosophy where inspectors retain any restaurants closed temporarily that appeared on the 2020 list.

The only restaurant to fall off that wasn’t due to closure? That’s True Food Kitchen, the Chicago location of the national chain — which is popular with Oprah Winfrey and those with dietary restrictions. The River North outpost, which has continued operations during the pandemic, was a mysterious addition for the last three iterations of the Bib Gourmand list. While the disappearance of a restaurant on the Bib Gourmand rankings can sometimes foreshadow that inspectors have elevated the restaurant to a Michelin star, the chances of that happening in this case would be surprising.

The pandemic presented challenges for Michelin inspectors as COVID-19 restrictions forced closures and made it riskier to dine indoors. Some restaurants have also switched hands, which could cause some to question consistency. For example, County Barbecue in Little Italy was sold by DMK Restaurants to Chicago industry veteran Bonni Cameron. Even with new ownership, County remains.

The definition of value remains subjective when it comes to value: Boka Restaurant Group’s upscale GT Fish & Oyster, located in River North, shares the list with Birrieria Zaragoza, the comfy and family-owned Mexican restaurant near Midway International Airport. Both restaurants remain fixtures on the Bib Gourmand list even though the price points for both restaurants radically differ. The star list, which focuses more on fine dining, will be released on Thursday.

Check out the full Bib Gourmand listing below.