Soul & Smoke Brings its Brisket and Ribs From Evanston to Chicago 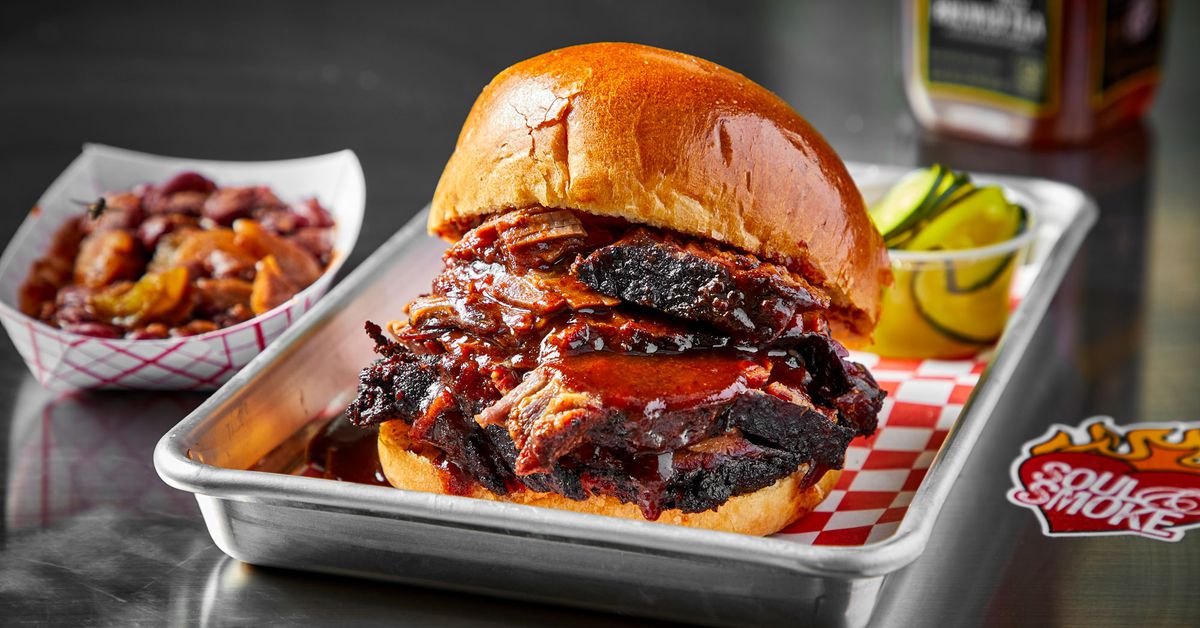 D’Andre Carter of suburban food truck and caterer Soul & Smoke is bringing his slabs of baby backs, Cajun-style shrimp and grits, and smoked brisket from Evanston to Chicago. Soul & Smoke has opened a to-go only ghost kitchen in Avondale and plans to launch a second this month in South Loop.

Avondale residents (and others within a three-mile delivery radius) can already order Carter’s barbecue and soul food favorites from a virtual restaurant hub at 3517 N. Spaulding Avenue. The South Loop outpost is slated to open Thursday, April 15 on Wabash Avenue with options like smoked pork shoulder, macaroni and cheese, and roasted sweet potatoes with cinnamon compound butter.

The goal is to get Soul & Smoke’s food into the mouths of more Chicagoans and test the waters for future stand-alone locations, Carter says. He’s particularly excited to foster little friendly competition with Smoque — a pioneering Old Irving Park spot among Chicago’s best barbecue restaurants and Carter’s go-to place for smoked meats before he started his own business.

In addition catering private events with his food truck during the pandemic, Carter spent much of the past year working to help others. In March 2020 he partnered with José Andrés’s charity World Central Kitchen to feed underserved Chicagoans and first responders; in November, Carter also joined Andrés’ Chefs for the Polls initiative to bring free food to voters near polling places that usually see long lines and big turnouts.

He plans to continue his charitable efforts, both through his position on the board of directors at the Trotter Project nonprofit and by donating 10 percent of profits from his new bottled barbecue sauce to families in need.

“The meal program was so big and had such an impact, a lot of people found out about [Soul & Smoke] that way and we were able to help a lot of people in the same time,” Carter says. “It’s been a memorable time for me and my team, and I want that work to have a lasting effect.”

Soul & Smoke’s virtual outpost in Avondale is open and customers can place orders via Toast and Grubhub. The South Loop ghost kitchen should debut April 15. Carter also hinted at a collaborative project in the works, but isn’t yet ready to announce details.